The fun run results from yesterday are now available. Very well done to each and every one of you that took part.

A MASSIVE well done to everyone who took part in this year’s Beer Race. We hope you enjoyed it and will join us again next year.

The results are available at Beer Race Results.

Also we will upload photographs of the race to Beer Race Photographs.

The starting list and the link to the results from EMIT have now been posted on the Beer Race page.

Information for beer race runners can be found from the link below:

Note: Your running number will NOT be posted to you. Your running number and chip will be available to collect from the start field from 8:30am. Please check the website ahead of race day to look up your number. The entry list will also be displayed on race day by the number collection.

Due to popular demand, the Beer Race has sold out a record 7 weeks in advance of the race! More details to follow about race number collection on the day. The new 1km fun run for children will be open for registration on the day, and is open to 4-14 year olds. The Romsey 5 Mile Beer Race, organised by Romsey Road Runners, is back for 2017 and entries are now open! Our much-loved local road race has been a sell out for the last two years – the friendly marshals, thirst-quenching beer and homemade cake are enough to motivate anyone to get their trainers on!

We are delighted to announce support from local brewery Flack Manor who will be providing the beer, and are very grateful to Hildon Water and Up and Running Southampton, as well as Braishfield Parish Council, the Newport Inn Cricket Club and residents of the village for their continuing support. Further information and how to enter can be found on the Beer Race page. Wow! What a fantastic day for the Beer Race! Thank you to everyone who took part or supported the race today, we hope you enjoyed it! The results are now available on the Beer Race page. We look forward to the Beer Race returning in 2017 and will post the date as soon as possible.

The entry list for the Beer Race on Sunday 5 June has now been published for race entrants to look up their race number ahead of collecting their number on the day.

We are also delighted that the Braishfield Pantry will be open at the village hall, 9am – 12pm, selling teas, coffees, ice creams and treats! 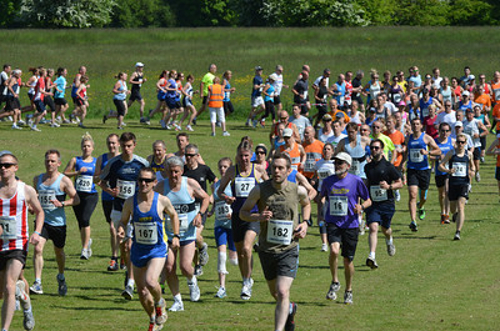 The Braishfield 5 Mile Beer Race is organised by Romsey Road Runners and supported by sponsors Fuller’s, Hildon Water and Up and Running. It is a popular local event which attracts over 300 runners each year. Run through the picturesque lanes of Braishfield village, the thought of a thirst-quenching pint* and a slice of cake at the finish is enough to motivate any runner around the course!

*Beer for over 18’s only, soft drink option available.

Further information can be found on the Beer Race page.

Well done to the nearly 300 runners who ran today’s Beer Race and in particular to Paul Pallister (27:31) of Hardley Runners and Anna Smith-James (33:43) of Hedge End who won the male and female races respectively. The results and a link to today’s photos have now been uploaded to the Beer Race page.

Thank you to all the people who have taken time to send in feedback, be it through Facebook, Twitter or email. We’re glad you enjoyed it.

We look forward to welcoming you all back next year!

Message for all members helping with the race tomorrow – please check your email for all the details, including what time you need to arrive in the morning! Thanks

We are delighted to announce that the Beer Race has sold out! There will be no entries available on the day. Race packs will be sent out ahead of the race, and we look forward to seeing all those who have entered next Sunday.

Still thinking of entering the Beer Race? Please be quick as we very close to selling out! Postal entries have now closed, online entries will close on Friday unless we reach capacity before then. Pint glasses at the ready!

Entries for the Beer Race are selling fast – just 50 places left! Postal entries close today, but you can still enter online via Run Britain or Runners World until 29 May, unless race capacity is reached beforehand. 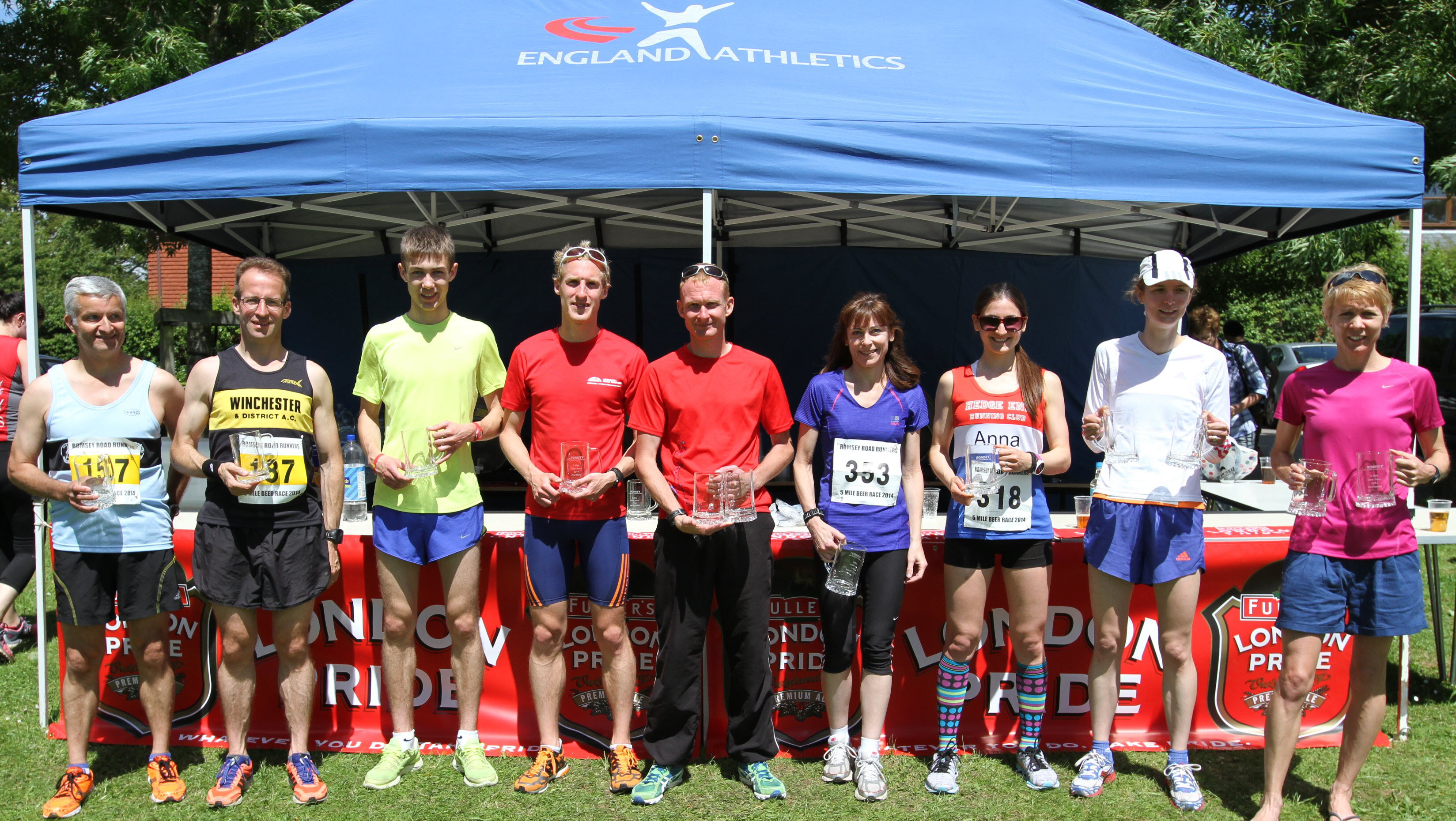 Many congratulations to the 303 runners who completed today’s Beer Race. We have had some fantastic feedback from many of you. We are glad you enjoyed it.

A big thanks once again to our sponsors:  Fuller’s, Hildon Water and Up and Running.

Our prize winners were as follows:

We look forward to welcoming all our Beer Race participants to Braishfield tomorrow morning. Due to recent wet weather, our usual car parking field in Dummers Road is out of bounds, however we are very grateful to be given permission to use another field in the village on Braishfield Road, just along from the village hall. Please look out for signage and our marshals who will help you to park. Romsey Road Runners were delighted to hold the 5 Mile Beer Race yesterday in glorious sunshine and with a record 315 entrants! The club’s members turned out in force to support the event, ensuring the safety and enjoyment of the runners around the roads of Braishfield, and making sure that the beer was flowing and the cake was in ample supply. Three runners made an early break away from the field, with James Baker of Chichester Runners finishing first in 25:59, swiftly followed by Andy Morgan-Lee of Thames Hare and Hounds in 26:28 and Stuart Holloway of Salisbury Athletics Club in 26:53. Hannah Bliss of Overton Runners was first lady home in 32:42, followed by Anna Smith-James of Hedge End Runners in 34:21 and  Anna Giles of Eastleigh Running Club in 34:58.

Whilst the race attracts lots of runners from local (and distant) running clubs, over half of yesterday’s finishers were not attached to a running club, proving the race to be a great event that attracts all runners.

Our thanks to our sponsors Fullers, Up and Running and Hildon Water, and to The Old House at Home, Braishfield Parish Council and the residents of Braishfield for their support of this race.

Romsey Road Runners will be hosting the 5 Mile Beer Race in Braishfield tomorrow morning, Sunday 2 June 2013 at 10.30am. Please be aware of the temporary traffic lights on Winchester Hill and a possible road closure and diversion at the bottom of the hill which may overrun from night works tonight. Please allow extra time for your journey.

Entries are still welcome on the day. See you there! Our popular summer race, the 5 Mile Beer Race held in Braishfield, will make its return on Sunday 2 June 2013. Our Beer Race Committee are hard at work getting things organised and entries are already starting to come in. Find out more about the Beer Race and how to enter online, or download an Entry Form.